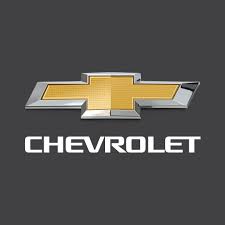 He is survived by his wife, Joan; three children and their spouses:  Ellen (Nate) Elkins of Ottawa, David (Sandra) Foreman of Ottawa and Andy (Carrie) Foreman of Leipsic; five grandchildren:  Faith, Lucy, Daniel, William, and Bryant; and his favorite dog, Maggie, and grand-dog, Abbie. He is also survived by three brothers: Ron, Rick, and Michael; two sisters: Patty and Terri; and several nieces and nephews.

He was preceded in death by his parents, his brothers, Jim and Johnny, and a sister, Mary Ann.

Edward graduated from Springfield South in 1968. He also served in the US Airforce from 1968-1972. He was the owner of Ed Foreman Chevrolet from 1985-1998. He lived the way he wanted. He was an avid golfer and loved being surrounded by family and friends in his garage. Another one of his proudest moments was hitting a hole-in-one years ago. He was a lifetime member of the American Legion and the VFW, and a member of the Eagles.

A Celebration of Life will be held 1 - 5 p.m. on Saturday, August 27, 2022 at Ottawa American Legion.  Arrangements are under the direction of LOVE FUNERAL HOME, Ottawa.

In lieu of flowers, memorial donations may be made to the American Legion Post 63 Auxiliary Children’s Christmas Party.