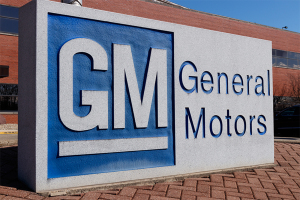 On September 28, 1946, Felipe married the love of his life, Angelita (Carrizales) Alvarado, in Ottawa, Ohio. Felipe and Angelita were married 75.5 years. He was preceded in death by his beloved wife just 5.5 months later. Together they had three children. Their love was the real-life “Notebook” story. This September they will spend their first heavenly wedding anniversary in the arms of their Heavenly Father, never have missed a single anniversary since marriage.

Felipe was a faithful man and walked in the ways of the Lord. Felipe put God first, in all his ways, and was known to have a big heart for others. Felipe worked at GM in Defiance, Ohio, before retiring in 1987 after 32 years. In his retired days, Felipe loved going to the Napoleon McDonald’s every morning to drink coffee and watch the Semi’s drive by on the highway. Felipe was a proud owner of a 1951 Blue Chevrolet Truck that he enjoyed working and adding lights to. He enjoyed watching baseball and supporting the Atlanta Braves. He also enjoyed working in his garden.  Felipe had a special place in his heart for his grandchildren/great-grandchildren and enjoyed watching them all grow up. He will be most remembered by being a family man.

A funeral service will begin 10:30 a.m., Thursday, September 22, 2022 at Harvest Fellowship Church, Hamler with Pastor James Erven officiating.  Burial will follow at Woodlawn Cemetery, Deshler.  Visitation will be from 2 to 4 p.m. and 6 to 8 p.m. Wednesday at LOVE-HEITMEYER FUNERAL HOME, Leipsic and Thursday one hour prior to the service at the church.

Memorial contributions may be made to Hospice of Cincinnati.