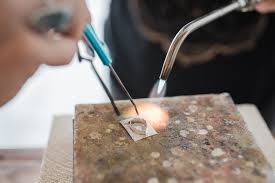 He was preceded in death by his brother, David Peoples; three brothers-in-law:  Edgar Robinson, Robert Robinson, and Charles Mattern; and one sister-in-law, Linda Peoples.

Bob graduated from Leipsic High School in 1953.  He attended Ohio Northern University and graduated with honors from Cincinnati College of Mortuary Science in 1958.  He was a member of Lima, Ohio, B.P.O.E. and enjoyed having a pilot’s license and flying.  From 1958 to 1972, he was a partner with his father in Peoples Funeral Home in Leipsic.  He was a member of the Ohio Funeral Directors Association for 49 years. Bob was also co-owner of Robinson Auto Supply in Leipsic and Deshler, Ohio from 1972 to 1997.  He returned to his career in the funeral business with Love Funeral Home in 1997 and retired and moved to Oro Valley in 2004.

In retirement, Bob found joy spending time with his family, and silversmithing.  He was recognized as a talented silver artist and instructor. He valued all the friendships he made in the Silversmith and Lapidary Club.

Bob has left a legacy as a respected and loving husband, father, grandfather, great- grandfather, mentor, good friend, and will he be missed tremendously.

Arrangements are under the direction of LOVE-HEITMEYER FUNERAL HOME, Leipsic.

In lieu of flowers, memorial donations may be given to the American Heart Association or to a charity of the donor’s choice.

Charity of the donor's choice