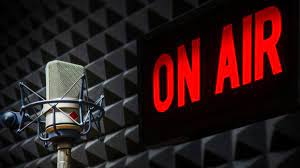 SHREVEPORT, LOUISIANA – William A. “Bill” Beckett, 61, of Shreveport, Louisiana, formerly of Ottawa, passed away on Friday, January 13, 2023 at his residence after an extended illness.  He was born December 26, 1961 in Seneca Falls, New York to the late Jack C.  and Phyllis “Joni” (Bailey) Beckett.

He was preceded in death by his parents; a sister, Sally Beckett; and two brothers: Mark Beckett and David Beckett.

Bill became Program Director for Red River Radio in January 2010, retiring in December of 2021. He was an honors graduate from Bowling Green State University in Ohio where he was also inducted into the Golden Key National Honor Society. He began his professional career in 1985 as Traffic Manager and Recording Engineer for WGTE-FM in Toledo Ohio, where he later served as Operations Manager. While in Ohio he taught beginning and advanced multi-track recording studio techniques at his Alma Mater, Bowling Green State University. In 1990, Bill accepted the position as Program Director for WUFT-FM in Gainesville Florida, serving there for 19 years. He was a seasoned radio producer of both music and documentaries programs and had been honored with numerous awards over his career from the Ohio Educational Broadcasters, the Florida Associated Press, the National Association of Community Broadcasters, the Society of Professional Journalists, the Council on Contemporary Families, and The Radio and Television News Directors Association. In 2000, he was a co-recipient of the National Edward R. Murrow Award: Best Documentary for the program Apalachicola Doin’ Time, along with co-producer Donna Green-Townsend and student associate producers, Daniel Beasley and Joshua Azriel. He was co-recipient of the Regional Edward R. Murrow Award for the documentaries, Ground Water Garrison  (2003) and The Long Road  (2007).

Bill had a passion for art, music, theatre, literature, and film. He also had a keen interest in history, the sciences, and politics and a love for photography. He had a wonderful sense of humor.

Private services will be held by the family.

Arrangements are under the direction of  LOVE FUNERAL HOME, Ottawa.

Memorial donations may be made to a charity of the donor’s choice.

Charity of the donor's choice